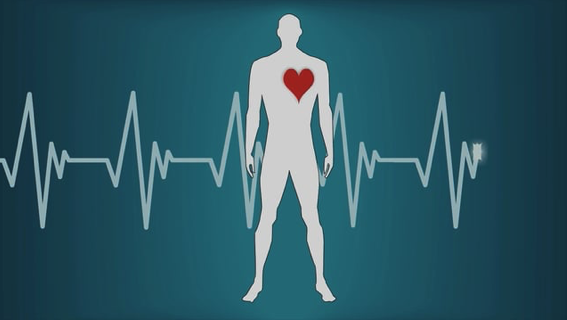 Professor emeritus Jørn Dyerberg is one of the pioneers behind the discovery of the health effects of polyunsaturated omega-3 fatty acids in our foods. His work has paved the way for an entirely new field of research that has grown enormously since his first scientific articles in the 1970’s.

Long term vegetarianism can lead to genetic mutations which raise the risk of heart disease and cancer, scientists have found. Populations who have had a primarily vegetarian diet for generations were found to be far more likely to carry DNA which makes them susceptible to inflammation.

Scientists in the US believe that the mutation occured to make it easier for vegetarians to absorb essential fatty acids from plants.

But it has the knock-on effect of boosting the production of arachidonic acid, which is linked to inflammatory disease and cancer. When coupled with a diet high in vegetable oils – such as sunflower oil – the mutated gene quickly turns fatty acids into dangerous arachidonic acid.

The finding may help explain previous research which found vegetarian populations are nearly 40 per cent more likely to suffer colorectal cancer than meat eaters, a finding that has puzzled doctors because eating red meat is known to raise the risk.

Researchers from Cornell University in the US compared hundreds of genomes from a primarily vegetarian population in Pune, India to traditional meat-eating people in Kansas and found there was a significant genetic difference.

“In such individuals, vegetable oils will be converted to the more pro-inflammatory arachidonic acid, increasing the risk for chronic inflammation that is implicated in the development of heart disease, and exacerbates cancer.

“The mutation appeared in the human genome long ago, and has been passed down through the human family.”

“Changes in the dietary Omega 6 to Omega 3 balance may contribute to the increase in chronic disease seen in some developing countries,” added Dr Brenna.

“The message for vegetarians is simple. Use vegetable oils that are low in omega-6 linoleic acid such as olive oil.”

The mutation is called rs66698963 and is found in the FADS2 gene which controls the production of fatty acids in the body.

Previous studies have shown that vegetarianism and veganism can lead to problems with fertility by lowering sperm counts.

Separate research from Harvard University also found that a diet high in fruit and vegetables may impact fertility because men are consuming high quantities of pesticides.

Many vegetarians also struggle to get enough iron, vitamin D, vitamin B12 and calcium which are essential for health. One study found that vegetarians had approximately five percent lower bone-mineral density (BMD) than non-vegetarians.

However other research suggests vegetarianism lowers the risk of diabetes, stroke and obesity.

The new research was published in the journal Molecular Biology and Evolution.